Lungi is a traditional garment that is used by both men and women in Southern parts of India. It’s wrapped around the lower part of our body. It is commonly used among people living in villages and also as nightwear by people living in cities. Lungi is normally patterned with different colors & designs but checked lungis and plain colored lungis are most common type of lungi. 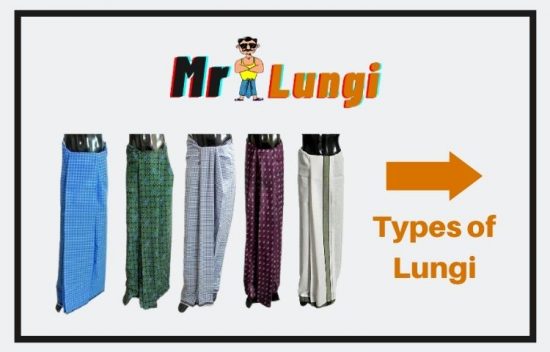 Types of lungi based upon the material used:

This type of lungi is made with 100 percent pure cotton. The cotton used in its construction makes it suitable to use as summer wear and also as nightwear. They usually have a long life and are quite resistant to wear and tear. 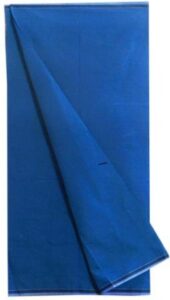 This variety of lungi is made with polyester. It is manageable as it is wrinkle-resistant and does not need pressing. Laundry of this type of lungi is also easy because it dries up fast. 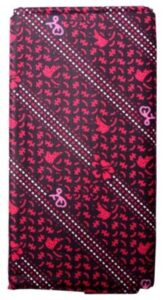 Types of lungi based on design:

This type of lungi is dyed in only one color. They are dyed in vibrant colors but they do not have any kind of patterns on them. Some of these lungis will have a border on both top and bottom. 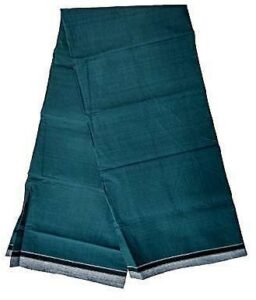 These lungis have a checked pattern on them. These are usually made of poly cotton but are available in other materials too. The checks are formed normally by using blue colors but multicolored checked lungis are trending in today’s market. 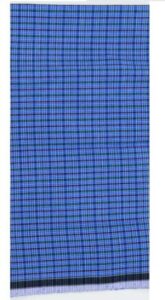 Batik is a traditional resistant dye method where the clothes are dyed usually by using wax as a resistance. The design formed on the cloth is due to wax streaks made on the cloth before dying. Batik lungis are usually made in cotton and are very lightweight and soft. 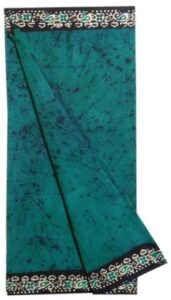 Types of lungi based on Manufacturing Technique:

Despite the introduction of Powerloom lungis, Handloom Lungis are still in demand. Handloom lungis are no exception they are more expensive than normal lungis because they require more time for their making.

Handwoven lungis will have a pattern of fine holes on it due to its technique of making. The handlooms are made by a tool called “Tana”, which has needles in them. It is used to hold the cloth in place, this is the reason for the fine holes.

This type of Lungi is woven in a Powerloom. Powerloom is a mechanically powered loom and it works ten times faster than Handloom.

This is the reason why clothes made by Powerloom are cheaper than hand-loomed Lungis. These lungis do not have holes in them, because in this technique the cloth is held in place by flat plates.

Which Lungi is best?

From the above 5 types which lungi is best? When comes to the material used, the cotton lungis are better than polyester. Cotton lungis are more comfortable and easy to wear, they absorb sweat and provide more aeration to your genital.

But Polyester lungis are wrinkle-free and easy to wash. They look new even after a long period of use.

What is South Indian lungi called?

In Kerala, Most men and Women wear lungi, lungis are called “Mundu” by them.

Lungis are one of the most comfortable attire for men and used by people of all the strata in society. It is extensively used by common people especially laborers. Lungis are mostly manufactured in Tamilnadu, especially in Erode district.

Item added to your cart

Continue Shopping Go To The Cart